With offices in Fort Lauderdale, Florida 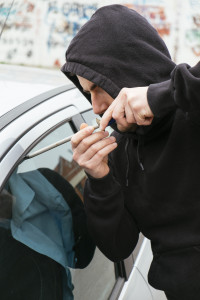 The criminal defense lawyers at Arnesen Law represent clients charged with a wide variety of theft and fraud offenses, such as robbery, burglary, and credit card fraud, in jurisdictions including Fort Lauderdale, Hollywood, and Sunrise. Mr. Arnesen, a retired police officer, has handled these types of cases as a criminal defense attorney for years. In fact, he was trained alongside the FBI, DEA, NYPD, and US Customs during his time as a long enforcement officer. Now, let him use that training and experience to combat your charges in criminal court in South Florida.

With offices conveniently located in Boca Raton and Fort Lauderdale, the lawyers at Arnesen Law are readily available for their clients, whom they successfully represent in courts throughout South Florida. Contact their offices anytime at 754-581-8782 for a free consultation about your case.

Chapter 810, Section 2 of the Florida Statutes provides, in pertinent part:

(1)   For offenses committed after July 1, 2001, “burglary” means entering a dwelling, a structure, or a conveyance with the intent to commit an offense therein, unless the premises are at the time open to the public or the defendant is licensed or invited to enter; or

(2) Notwithstanding a licensed or invited entry, remaining in a dwelling, structure, or conveyance:

(a) Makes an assault or battery upon any person; or
(b) Is or becomes armed within the dwelling, structure, or conveyance, with explosives or a dangerous weapon; or
(c) Enters an occupied or unoccupied dwelling or structure, and causes damage with a motor vehicle or causes damage in excess of $1,000.

(4) Burglary is a felony of the second degree, punishable as provided in section 775.082, section 775.083, or section 775.084, if, in the course of committing the offense, the offender does not make an assault or battery and is not and does not become armed with a dangerous weapon or explosive, and the offender enters or remains in a/an:

Second Degree Burglary: maximum sentence of 15 years in prison, up to 15 years of probation, and fines not to exceed $10,000

Third Degree Burglary: maximum sentence of 5 years in prison, up to 5 years of probation, and fines not to exceed $5,000

Criminal Defense Lawyer Jay Arnesen is available immediately to assist you at 754-581-8782. The initial consultation is always provided free of charge.