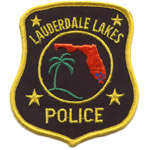 Police are searching for a man accused of sexually assaulting an underage girl in Lauderdale Lakes, Florida.

According to authorities, the victim is a 16-year-old girl. The suspect allegedly approached her while she was walking near Boyd Anderson High School in Lauderdale Lakes, FL.

The suspect reportedly engaged the victim in a conversation. He then convinced her to enter his car.

The suspect allegedly drove the victim to an unknown location, where he raped her.

Now the Broward County Sheriff’s Office is asking for assistance from the public in locating the suspect.

Police recently released a description of the suspect. According to the victim, the suspect is approximately 5-foot-10. He is partially bald and has a full beard. Additionally, he speaks with a Jamaican accent.

Police also revealed that the suspect is believed to drive a four-door hybrid car. The vehicle is a light mint green color and has a gray interior. Additionally, the windows on the car are lightly tinted.

If the suspect is eventually identified and apprehended, he could be subject to significant penalties. The suspect would likely be charged with several sex crimes, including sexual assault and unlawful sex with a minor.

Anyone with information about the suspect is asked to contact Broward County Crime Stoppers at 954-493-TIPS. Callers can leave anonymous tips. Moreover, anyone providing information which leads to an arrest could be eligible for a reward.