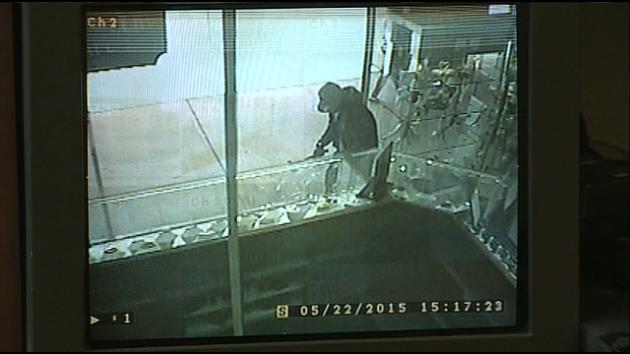 Police are searching for three men accused of stealing thousands worth of jewelry from a mall store in Fort Lauderdale, Florida.

According to law enforcement, two men entered the Hallmark store inside the Coral Ridge Mall sometime after 3 p.m. Once the suspects were inside the store, one of them allegedly used a hammer to smash several display cases.

While this was going on, the other suspect allegedly grabbed several gold chains from the busted display cases.

As soon as the suspects had the jewelry, they reportedly ran out of the store and got into a waiting vehicle. They then sped off and left the area.

According to authorities, the suspects got away with approximately $150,000 worth of jewelry from the store.

Thankfully, no one was injured as a result of the robbery. However, the store owner later told police that the incident was frightening. He also informed police that a third suspect was waiting outside the store. Police believe that this third man may have been serving as a lookout during the robbery.

Anyone who has information about the robbery or the suspects is asked to contact Broward County Crime Stoppers at 954-493-TIPS.

For further information about this case, access the WSVN.com article entitled “At Least 3 at Large in Jewelry Store Robbery at Coral Ridge Mall.”