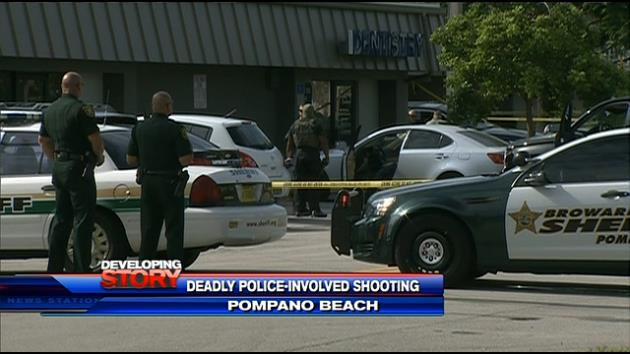 The fatal shooting occurred around 9 a.m. in Pompano Beach, Florida. Deputies were alerted by the FBI to the presence of a potential bank robbery suspect in the area of Sample Road and Northeast 13th Terrace in Pompano Beach, FL.

Police reportedly spotted a white Lexus vehicle in the yard of the home. A quick vehicle check confirmed that it was the suspect’s car.

The VIPER team then tracked down the suspect in a nearby parking lot.

When police attempted to take the suspect into custody, a struggle reportedly ensued. At some point, the suspect allegedly freed himself from the deputies and grabbed a firearm from his car. The deputies saw the handgun and immediately fired shots at the suspect, who was killed in the shooting.

A female passenger in the car at the time was unharmed during the shooting. Police do not believe that she had anything to do with the bank robbery.

The FBI is still investigating the robbery and looking into the possibility that the suspect might have been involved in other bank robberies in Florida.

For additional information about this case, read the WSVN.com article entitled “1 Dead After Deputy-Involved Shooting in Pompano Beach.”